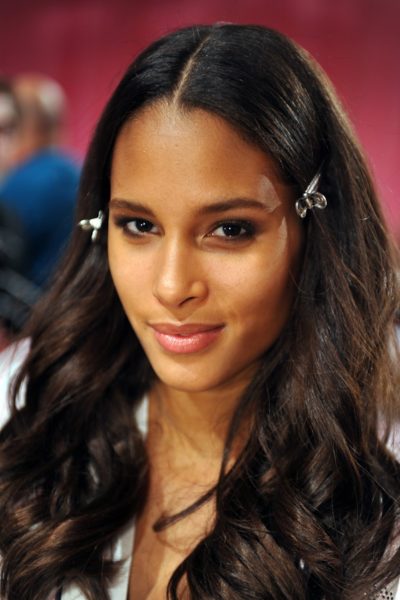 Bruna in 2013, photo by FashionStock/Bigstock.com

Cindy Bruna is a French fashion model. She is known as the first black model to be accorded a Calvin Klein exclusive.

Regarding her African heritage and how it is perceived in the modelling industry, Cindy has stated:

It’s not easy for black girls—everybody knows that. There are usually only three of us in a show at most. I never felt like I had to fight anything because of the color of my skin—it’s my skin, and I can’t change its color. But it’s also not easy because they only have a couple of spots for girls who are black. And then you wonder if they picked you because you are black. But I think it’s changing, and I’m happy to represent that.

One of Cindy’s grandmothers is named Eugé­nie.

Information about, and picture of, Cindy’s family – http://www.gala.fr