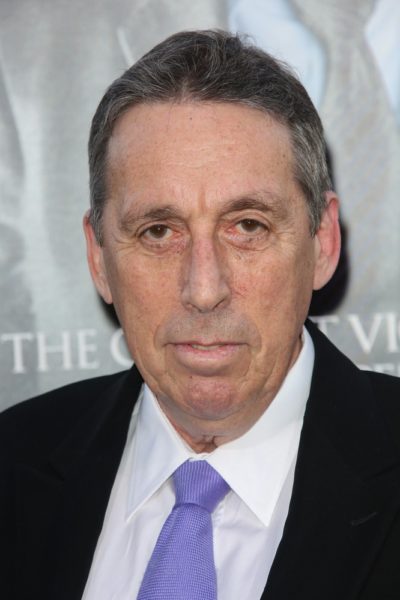 Reitman in 2014, photo by prphotos

Ivan was born in Komárno, Czechoslovakia, now Slovakia, the son of Klara/Clara (Raab/Rab) and Ladislav “Leslie” Reitman. Ivan’s parents were both Jewish. During WWII, his father was an underground resistance fighter, and his mother survived the Auschwitz concentration camp. His father was born in Slepčany, near Bratislava. The family moved to Canada in 1950 as refugees, and Ivan was raised in Toronto, Ontario.

Ivan was married to French-Canadian actress Geneviève Robert, until his death. She converted to Judaism upon their marriage. Their children are Jason Reitman, a film director, Catherine Reitman, an actress, and Caroline.

Ivan’s paternal grandfather was Gustav Reitman (the son of Nathan Reitman and Rozalia Hilwerth). Gustav was a grain dealer. Nathan was the son of Avraham Reitman.

Ivan’s maternal grandmother was Szeren Abeles (the daughter of Nechemiah/Hendrik/Heyme Bache Abeles and Minna/Mina Blum). Zeren was killed in the Holocaust in Auschwitz, in 1944. Hendrik was the son of Moritz/Moishe/Moshe Yuda Leib Abeles and Leah Reizer. The family had lived in Hungary.

Genealogy of Ivan Reitman (focusing on his father’s side) – https://www.geni.com