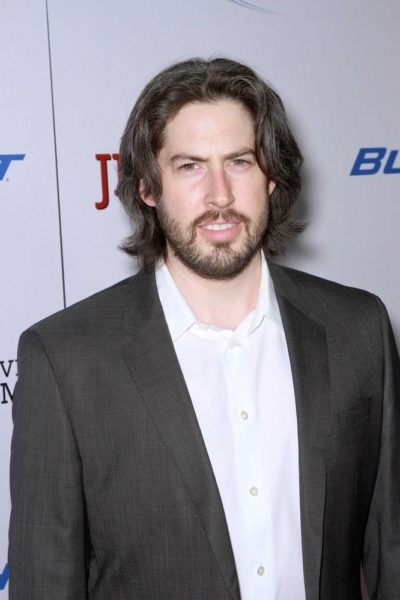 Reitman in 2012, photo by Prphotos

Jason Reitman is a Canadian-American film director, screenwriter, and producer. He has directed the films Thank You for Smoking, Juno, Up in the Air, Young Adult, Labor Day, Men, Women & Children, Tully, The Front Runner, and Ghostbusters: Afterlife, many of which he also wrote/co-wrote.

Jason was born in Montréal, Québec, the son of film director and producer Ivan Reitman and actress Geneviève Robert, also credited as Geneviève Deloir. His sisters are Caroline and Catherine Reitman, who is also an actress. They were raised in Los Angeles, California, U.S. Jason has dual Canadian and American citizenship.

Jason’s father was born in Komárno, Czechoslovakia (now Slovakia), to Slovak Jewish parents. Jason’s mother is French-Canadian; she converted to Judaism upon their marriage. Jason was raised in Conservative Judaism.

Jason has a daughter with his former wife, writer Michele Lee.

Jason’s paternal grandfather was Ladislav “Leslie” Reitman (the son of Gustav Reitman and Cecelia/Cecilia Hochberger). Leslie was born in Slepčany, near Bratislava. Gustav was a grain dealer, and was the son of Nathan Reitman and Rozalia Hilwerth.

Jason’s paternal grandmother was named Klara/Clara Raab/Rab (the daughter of Szeren Abeles). Zeren was killed in the Holocaust in Auschwitz, in 1944. She was the daughter of Nechemiah/Hendrik/Heyme Bache Abeles and Minna/Mina Blum. Her family had lived in Hungary.

Genealogy of Jason Reitman (focusing on his father’s side) – https://www.geni.com