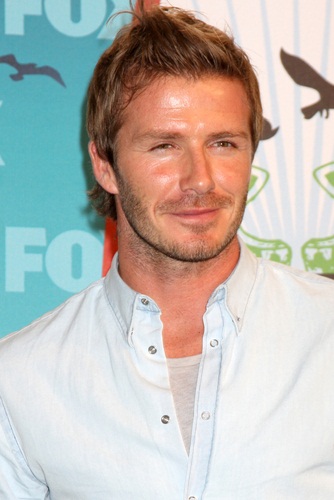 David Beckham is a British professional footballer. He played for Manchester United, Preston North End, Real Madrid, AC Milan, LA Galaxy, Paris Saint-Germain, and the England national team, and is the president and co-owner of Inter Miami CF, and co-owner of Salford City.

He is the son of Sandra Georgina (West) and David Edward Alan Beckham. David is married to businessperson and singer Victoria Beckham. They have four children, including Brooklyn Beckham, who has worked as a photographer and model, and professional footballer Romeo Beckham.

David’s father, and maternal grandmother, are of English descent. David’s maternal grandfather was Jewish, and David has described himself as “half Jewish,” and has said, “I’ve probably had more contact with Judaism than with any other religion.” During his childhood, David’s family also went to a church, so David could play football for their team.

David was selected People Magazine’s “Sexiest Man Alive” in 2015. David is the second English-born man to have been given this title by the magazine (Jude Law, in 2004, is the first, and Idris Elba, in 2018, is the third). David is also one of four men of Jewish heritage to have thus far been given the title (Harrison Ford, in 1998, is the first; Adam Levine, in 2013, and Paul Rudd, in 2021, are the others).