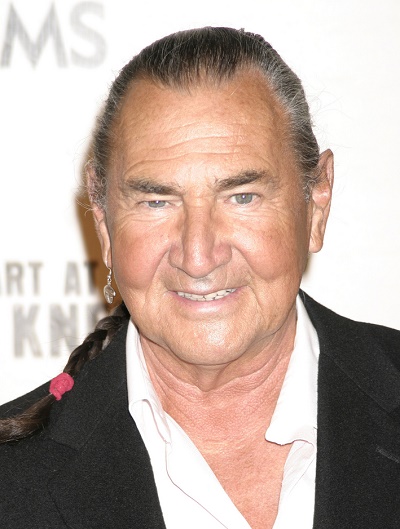 Schellenberg in 2007, photo by Prphotos

August Schellenberg was a Canadian actor of film, stage, and television. He was known for playing Native American characters Randolph in the Free Willy films, as well as Chomina in Black Robe and Chief Powhatan in The New World. He was also known as Augie Schellenberg.

August was the son of Hilda and Werner Walter Schellenberg. His father was born in Oerlikon, Zürich, Switzerland, of Swiss-German descent. His mother was said to be of Mohawk or English-Mohawk ancestry. It appears that she was born in Lincoln, Lincolnshire, England, and came to Canada in the late 1920s.

August was born in Montréal, and later moved to Toronto, Ontario, and finally Dallas, Texas, U.S. August was married to actress Joan Karasevich, until his death. He had three children, including two with Joan.

August’s maternal grandfather possibly was Frederick Carratt (the son of Charles Carratt and Alice Gray). Frederick was born in Lincoln, Lincolnshire, England. Charles was the son of Edward Carratt and Mary Elizabeth Smith.