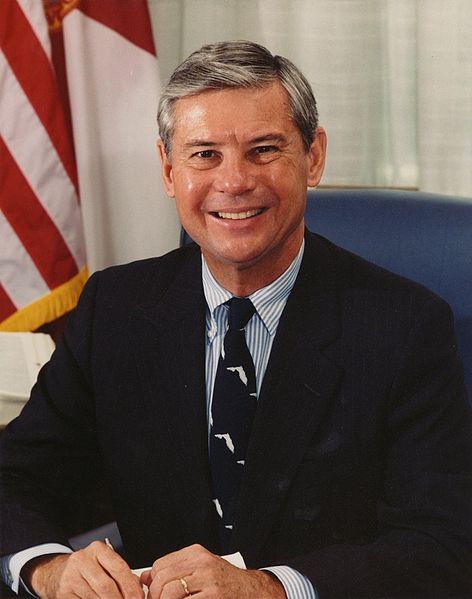 Bob is the son of Hilda Elizabeth (Simmons) and Ernest R. “Cap” Graham, a Florida state senator, mining engineer, and dairy and cattleman. His brother, Phil Graham, was publisher and co-owner of the Washington Post, and the husband of publisher Katharine Graham.

Bob is married to educator Adele Khoury Graham, with whom he has four children, including politician Gwen Graham, who was a Member of the U.S. House of Representatives from Florida, from January 3, 2015 to January 3, 2017.

Bob’s paternal grandfather was Ernest Robert Graham (the son of Robert William Graham and Emma Elizabeth Post). Ernest was born in Michigan. Robert was born in Lancashire, England, the son of Catherine Graham. Emma was the daughter of Joseph Carter Post and Julia Ann Manwaring.

Bob’s maternal grandfather was Daniel Hutchinson Simmons (the son of Andrew Jackson Simmons and Mahala Hutchison). Daniel was born in Alabama. Andrew was the son of Daniel Simmons and Elizabeth. Mahala was the daughter of William Hutchison and Hester Lanier Mills.

Bob is a fourth cousin of U.S. President Jimmy Carter, through their great-great-great-grandparents, Abel Ansley and Ann Morris, on Bob’s mother’s and President Carter’s father’s, sides.

Genealogy of Bob’s paternal grandfather, Ernest Robert Graham (focusing on his own mother’s side) – https://www.findagrave.com