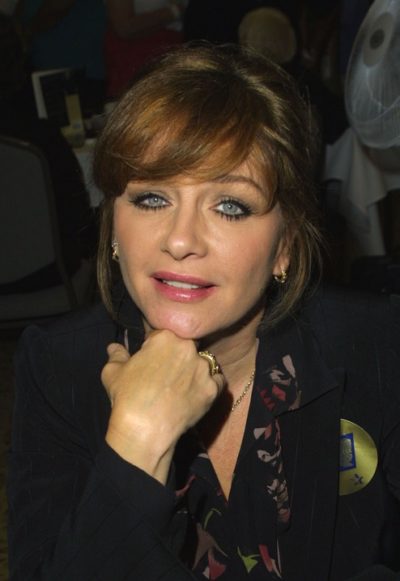 D’Arbanville in 2003, photo by Prphotos

Patti D’Arbanville is an American actress and model.

Patti is the daughter of Jean (Scott), an artist, and George Maurice D’Arbanville, a bartender. She has a son, actor Jesse Johnson, with her former partner, actor and producer Don Johnson, and three children with her former husband, firefighter Terry Quinn.

Patti’s paternal grandfather was Maurice D’Arbanville (the son of Charles D’Arbanville and Josephine Biemond). Maurice was born in Louisiana, to French parents.

Patti’s maternal grandfather was Norman L. Scott (who was likely the son of William Elmer Scott and Daisy Justina Pfaffly). Norman was born in Kansas. William was the son of John Henry Scott and Mary Jane Boulware, and had English, and some German, ancestry. Daisy was the daughter of William Webster Pfaffly, whose parents were Swiss-German, and of Mary Justina George, whose parents were French.