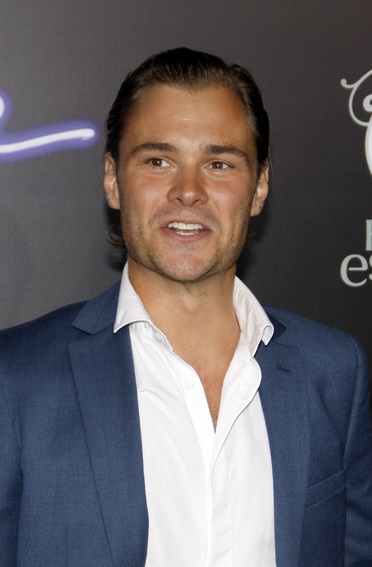 Flueger in 2011, photo by Prphotos.com

Patrick Flueger is an American actor. His roles include the series The 4400 and Chicago P.D., and the film The Tell-Tale Heart (2014).

Patrick’s paternal grandfather was John Barney Flueger (the son of Barney John Flueger and Gertrude Harriet Brown). Patrick’s grandfather John was born in Wisconsin. Patrick’s great-grandfather Barney was the son of Johannes Pfluger and Agnes Denzer, who was German. Gertrude was the daughter of John E. Brown and Elizabeth Monroe.

Patrick’s maternal grandmother is Valoris/Valores Nadine “Lori” Leland (the daughter of Leon Byron Leland and Alice May Mortvedt). Lori was born in Faribault, Minnesota. Leon was the son of John J. Leland, a Norwegian emigrant, from Sola, Håland, and of Josephine Maria Johnson, whose father, and maternal grandparents, were also Norwegian. Alice was the daughter of Norwegian immigrants, Steen “Stone” Mortvedt and Ellen Maria Tysdahl.