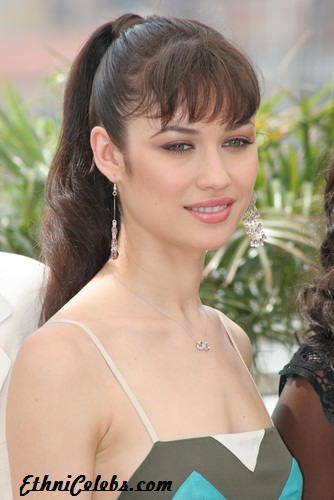 Kurylenko in 2006, image via cinemafestival / Shutterstock.com

Olga Kurylenko is a Ukrainian-born actress and model. She is known for her roles in the films Hitman (2007), Max Payne, Quantum of Solace, To the Wonder, Seven Psychopaths, Momentum, and The Death of Stalin.

Olga was born in Berdiansk, Ukraine, to a Russian mother, Marina Vitalievna Alyabusheva, and a Ukrainian father, Konstantin Kurylenko. She also has Belarusian ancestry. As a teenager, Olga moved to Moscow, and then to Paris. She lives in France and holds French citizenship.

Olga has a son with her former partner, English actor, writer, and journalist Max Benitz.