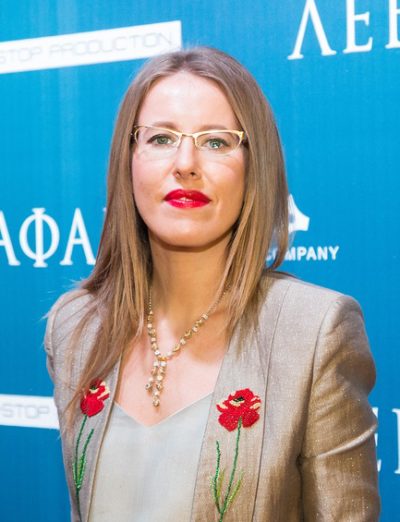 Her father, Anatoly Sobchak, a politician, was Mayor of Saint Petersburg, from 1991 to 1996, and co-wrote the Constitution of the Russian Federation. Her mother, Lyudmila Narusova, is a politician, who was a member of the Federation Council of Russia, representing Tyva Republic and Bryansk Oblast. Her father was of Polish, Czech, Russian, and Ukrainian descent. Her mother is of Russian and Jewish origin. She identifies herself as of Jewish heritage, but not religiously.

Ksenia’s paternal grandmother is Nadezhda Andreyevna Litvinova (the daughter of Andrey Litvinov). Nadezhda’s father was Russian and her mother was Ukrainian.