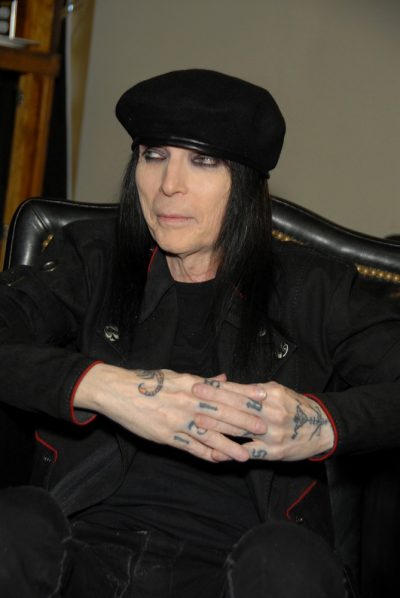 Mick Mars is an American musician and lead guitarist. He was a member of the band Mötley Crüe, along with Tommy Lee, Vince Neil, and Nikki Sixx.

Mick is the son of Tina/Tena and Frank Deal.

Mick’s paternal grandfather was John Joseph Deal (the son of Clarence Quincy Deal and Elizabeth “Lizzie” Elliott). John was born in Indiana. Clarence was the son of Solomon Jackson Deal and Rachel Emaline Anderson. Elizabeth was English, the daughter of Joseph Elliott and Dorothy Scott.

Mick’s maternal grandfather was Jesse Stetzel (the son of Daniel Stetzel and Mary L. Hart/Harter/Herts/Lantis). Jesse was born in Indiana. Daniel was the son of George Henry Stetzel and Dorothea Reifsteir, who were German, from Alsace-Lorraine. Mary likely was of German descent as well.