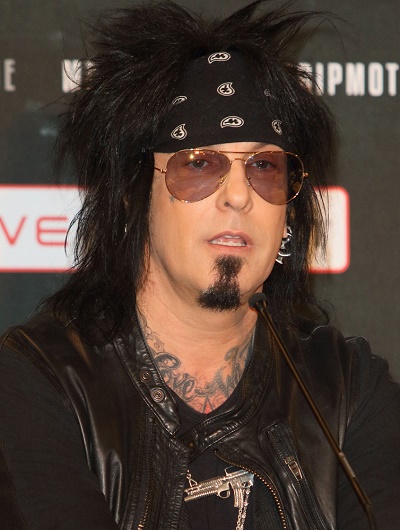 Nikki Sixx is an American musician, songwriter, radio host, and photographer. He was a member of the band Mötley Crüe, along with Tommy Lee, Mick Mars, and Vince Neil.

Nikki’s paternal grandfather was named Serafino Feranna (the son of a woman surnamed Culianna). Serafino was born in Calascibetta, Sicily.

Nikki’s maternal grandmother was named Emma Ervina “Nona” Poe (the daughter of a father surnamed Poe, and of Mary Ellis). Emma was born in Montana.