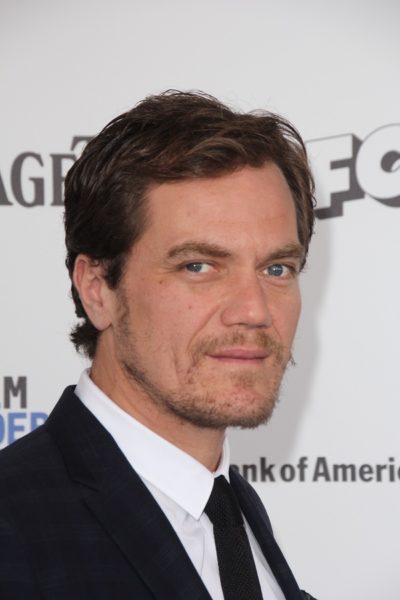 Shannon in 2016, photo by kathclick/Bigstock.com

Michael Shannon is an American actor and musician. He is the son of Geraldine K. Hine, a lawyer, and Donald Sutherlin Shannon, an accounting professor. Michael’s partner is actress Kate Arrington.

Michael’s paternal grandfather was Raymond Corbett Shannon (the son of Charles H. Shannon and Annie R. Thompson). Raymond was an entomologist who specialized in Diptera. He was born in Washington, D.C. Raymond was orphaned as a child, and raised by a foster mother, Susan McCormick.

Michael’s maternal grandfather likely was named George Henry Hine (the son of Charles Frances Hine and Margaret L.). Charles was the son of Otis Abner Hine and Eliza J., who was English.

Michael’s maternal grandmother likely was Lillian K./Elizabeth Anna Gieswein (the daughter of Jacob/Joseph Gieswein and Anna K. Duttman/Duttmann). Lillian was born in Kentucky. Jacob was born in Kentucky, the son of German parents, Jacob Adam Gieswein, from Prussia, and Maria Magdalena/Madeline Drexelius/Drexelious, from Neger, Olpe, Nordrhein-Westfalen. Anna was also born in Kentucky, also of German origin, and was the daughter of Wilhelm/William/Richard Duttman and Anna K./E. Baker/Becker, who was from Hanover, Hannover, Lower Saxony.