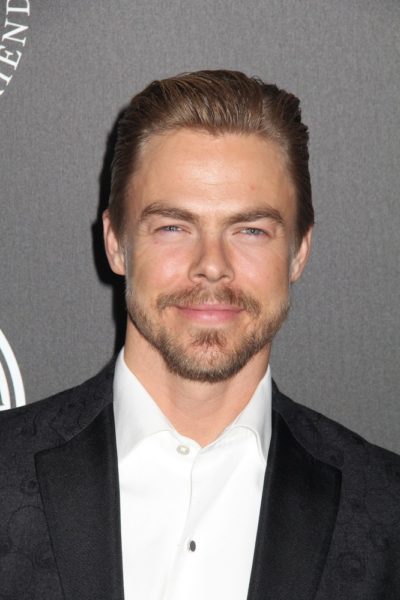 Derek Hough is an American professional Latin and ballroom dancer, choreographer, actor, and singer. His sister is dancer, singer, and actress Julianne Hough.

Derek is a second cousin of actor and singer Ross Lynch. Their maternal grandmothers are sisters.

Derek’s maternal grandfather is Don Oliver Heaton (the son of Vernon Harris Heaton and Rosella/Rozella Cleverley/Cleverly). Don was born in Idaho, and his ancestry is English, Northern Irish, Scottish, and one eighth Swedish. Vernon was the son of Jonas Sinclair Heaton and Annie/Anne Jane Harris. Rosella was the daughter of George Franklin Cleverley/Cleverly and Hannah Peterson.

Derek’s maternal grandmother is Beth Romaine Young (the daughter of Phares Philip Young and Thelma Frandsen). Beth was born in Idaho, and her ancestry is English and one quarter Danish. Phares was the son of Alfred Phillip Young and Jeanette/Janet Holden “Nettie” Millward. Thelma was the daughter of Thomas Christian Frandsen, who was born in Grenaa, Randers, Denmark, and of Mary Elizabeth Haycock.

Genealogy of Derek’s father (focusing on his own mother’s side) – http://worldconnect.rootsweb.ancestry.com