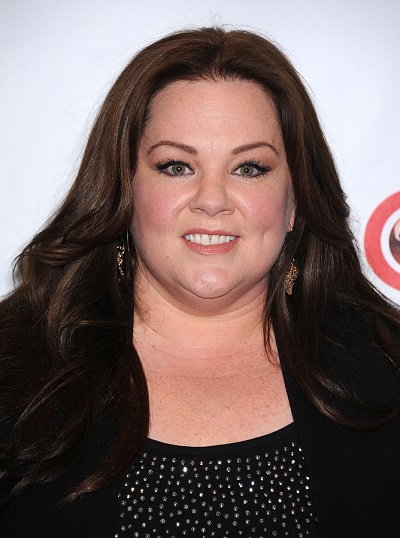 McCarthy in 2013, photo by PrPhotos

Melissa is the daughter of Sandra Lynne (Cook) and Michael Dennis McCarthy. Her cousins include actress Jenny McCarthy and basketball player Joanne McCarthy. She grew up in a Catholic family, on a corn and soybean farm. She is married to actor and director Ben Falcone, with whom she has two children.

Melissa’s paternal grandmother was named Ann/Anne O’Reilly (the daughter of John O’Reilly and Sarah). Ann was born in Carfin, Lanarkshire, Scotland. John and Sarah were also born in Scotland, both of them to Irish parents.

Melissa’s maternal grandfather was Lewis Elza Cook (the son of Elza Eothel/Ethol Cook and Amanda Marie Hoffman). Lewis was born in Meriden, LaSalle, Illinois. Melissa’s great-grandfather Elza was the son of William Albert Cook and Eva May/Mae Wakefield. Amanda was the daughter of William C. Hoffman, who was German, and of Emma Anna Weidner/Wechner, whose parents were from Prussia, Germany.

Melissa has ancestry from County Armagh.

Genealogy of Melissa McCarthy (focusing on her father’s side) – https://www.geni.com