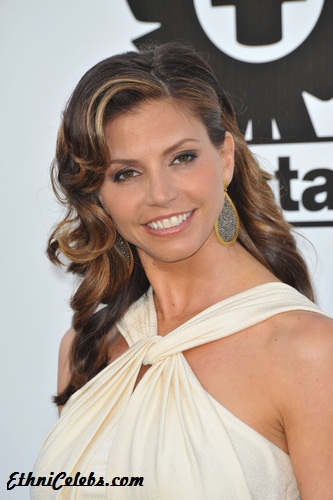 Carpenter in 2010, photo by Featureflash / Shutterstock.com

Charisma Carpenter is an American actress. She is known for her roles on the shows Buffy the Vampire Slayer and Angel, as well as Charmed, Veronica Mars, and The Lying Game.

Charisma’s maternal grandfather was a Spanish immigrant, who was adopted by an American family. Charisma has described herself as a “proud Latina.”

She was raised partly in Rosarito Beach, Baja California, Mexico, and then San Diego, California. She does not speak Spanish fluently.

She has a son with her former husband Damian Hardy.

Sources: Genealogy of Charisma Carpenter (focusing on her mother’s side) – https://www.geni.com