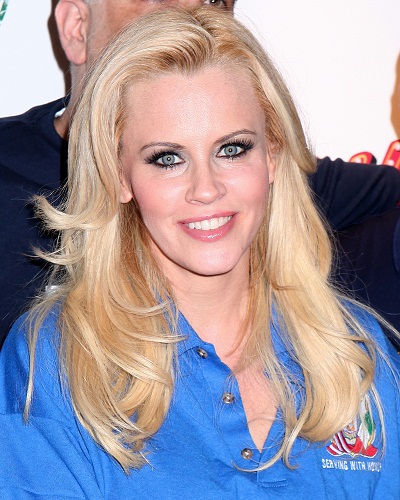 McCarthy in 2013, photo by Prphotos

Jenny McCarthy is an American actress, model, television personality, comedian, author, and screenwriter. Her father has Irish ancestry. Her maternal grandfather was of German, and some Polish, descent, and her maternal grandmother’s ancestry was Croatian.

Jenny’s first cousins include actress Melissa McCarthy and basketball player Joanne McCarthy. Jenny is married to actor and musician Donnie Wahlberg. She has a son with her former husband, actor, director, and screenwriter John Asher.

Jenny’s paternal grandmother was named Ann/Anne O’Reilly (the daughter of John O’Reilly and Sarah). Ann was born in Carfin, Lanarkshire, Scotland. John and Sarah were also born in Scotland, both of them to Irish parents.

Jenny’s maternal grandfather was Arthur Fredick Loheit (the son of William Roheit and Meta Valeska Buchholz/Bucholski). Arthur was born in Michigan. William was born in Illinois, to German parents. Meta was German, and also had partial Polish ancestry.

Jenny’s maternal grandmother was Mary Ann Royko (the daughter of Andrej/Andrew Rojko/Royko and Mary Margaret Olatič/Olatich). Jenny’s grandmother Mary Ann was born in Illinois, to Croatian parents, her father from Štrigova and her mother from Sveti Martin na Muri. Andrej was the son of Mihael Rojko and Verona Škafar. Jenny’s great-grandmother Mary Margaret was the daughter of Ignac/Michael Olatič/Olatich and Katarina Špoluzič.