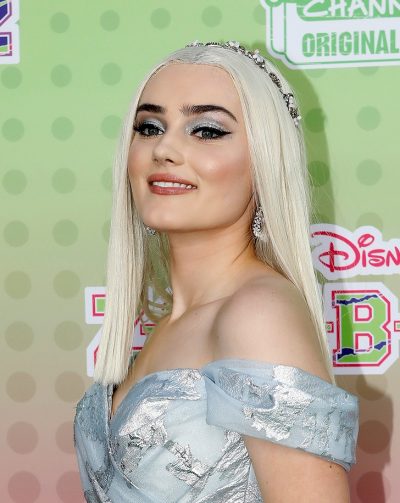 Meg Donnelly is an American actress. She is known for her roles in the Zombies films and on the show American Housewife. She was raised in Peapack-Gladstone, New Jersey.

Meg’s paternal grandfather was Robert Elmer Donnelly (the son of Elmer Francis Donnnelly and Kathryn McGovern). Robert was born in New Jersey, and was of three quarters Irish and one quarter German origin. Meg’s great-grandfather Elmer was the son of Bernard Donnelly and Antoinette/Anna Louise Zeller, who was of German descent. Kathryn was the daughter of Frank Barney McGovern and Catherine Conlan.

Meg’s maternal grandfather was Craig B. Hill (the son of Jesse Boulton Bernhardt Hill and Helen Gillies Nichol). Craig was born in New York. Jesse was the son of Alexander B. Hill and Jessie E. Boulton. Helen was the daughter of Robert Nichol and Eliza Hare.

Meg’s maternal grandmother was Jacqueline Klein (the daughter of Clarence W. Klein and Helen Hoffman). Jacqueline was born in New York. Clarence was the son of Henry Klein and Josephine Schwanderlich/Schwanderling.