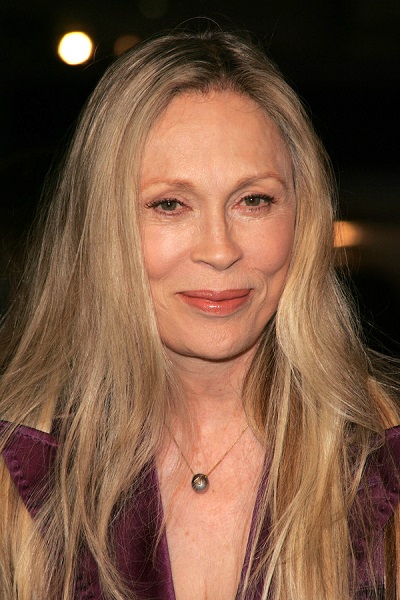 Dunaway in 2006, photo by s_bukley/Bigstock.com

Faye Dunaway is an American actress. She won the Academy Award for Best Actress for Network (1976).

Faye is the daughter of Grace April (Smith) and John MacDowell Dunaway, Jr. She has English, and some Irish and Scottish, ancestry, as well as a remote French Huguenot ancestor, Thomas Dupree, from the late 1600s.

Faye has a son with her former husband, British photographer Terry O’Neill.

Faye’s paternal grandfather was John McDowell/MacDowell Dunaway, Sr. (the son of Charles Mallory Dunaway and Martha/Mattie Rebecca McDowell). John was born in Georgia. Charles was the son of John Burton Dunaway and Clarissa Boykin Mathis. Martha was the daughter of John McDowell and Sarah Ann Massey.

Faye’s maternal grandfather was Luther Simmion Smith (the son of Hiram Smith and Sarah Ann). Luther was born in Florida.

Faye’s maternal grandmother was Maggie Lena Fears (the daughter of William Marion Fears and Dicie/Dicey Ann/E. Webb). Maggie was born in Alabama. William was the son of John B. Fears and Nancy A. Burton. Dicie was the daughter of John S. Webb and Matilda Jernigan.