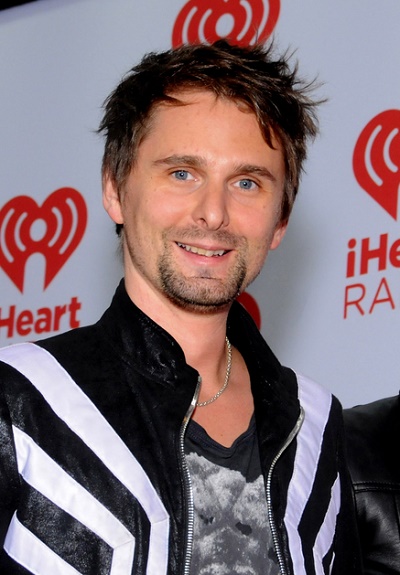 Bellamy in 2013, photo by Prphotos.com

Matthew Bellamy is a British musician, composer, singer, songwriter, and multi-instrumentalist. He is the lead vocalist, pianist, lead guitarist, and main songwriter for the rock band Muse.

Matthew’s father, George, from Sunderland, was rhythm guitarist for The Tornados, the first British band to have a U.S. number one song. Matthew’s mother, Marilyn (Bingham), was born in Belfast, Northern Ireland. In the mid-1980s, the family moved to Teignmouth, Devon.

Matthew is married to American model and actress Elle Evans. He has a son with his former partner, American actress Kate Hudson; and a daughter with Elle.