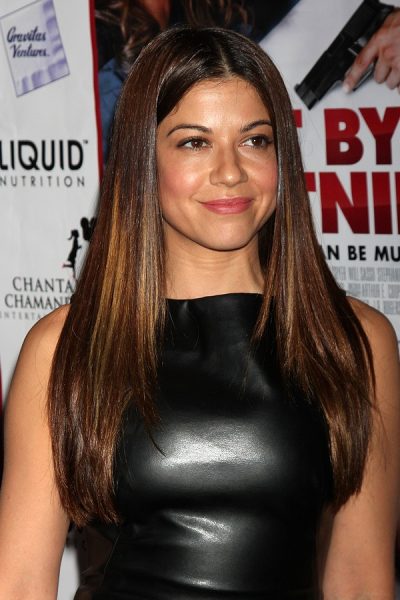 Carro in 2014, photo by kathclick/Bigstock.com

Luciana Carro is a Canadian actress. Her roles include the series Battlestar Galactica, Caprica, and Falling Skies. Her parents are Italian.

Luciana’s maternal grandfather was named Michele Cascioli (the son of Giovanni Cascioli, and of a mother surnamed Figliola). Michele was born in Roseto Valfortore, province of Foggia, Apulia, Italy.