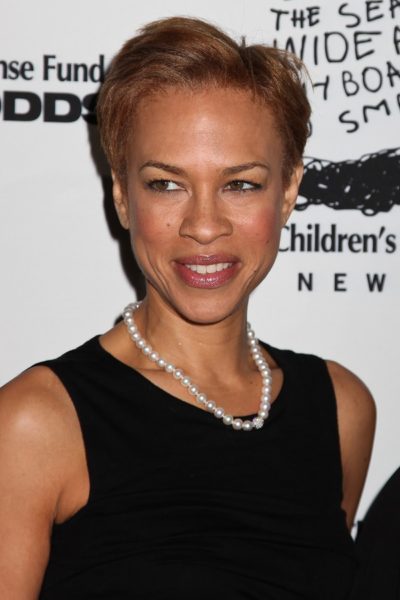 Lewis Lee in 2010, photo by miromiro/Bigstock.com

Tonya Lewis Lee is an American television producer, author, entrepreneur, and advocate for women and for infant health. She is the daughter of Lillian Charlotte (Glenn) and George Ralph Lewis, a consumer goods company executive. Her parents are both black. Tonya is married to film director, filmmaker, and actor Spike Lee, with whom she has two children.

Tonya’s paternal grandfather was Spencer Harcum Lewis (the son of Theodore Harrison Lewis and Mary Alice Cockrell). Spencer was born in Virginia. Theodore was the son of Sarah Ann Harcum.

Tonya’s paternal grandmother was Edith Pauline Toulson (the daughter of Charles Thomas Toulson and Bessie M. Jackson). Edith was born in Virginia. Charles was the son of Zephaniah/Zephania Toulson and Susan E. Virginia Pryor. Zephaniah came from a line of free men of color, the Laws family, going back to at least the late 1700s.

One of Tonya’s maternal great-great-great-grandfathers was Edward Patterson, who was born a slave, and fought for the Confederacy, and then the Union, in the Civil War.

The Denver Post wrote of Tonya, “She was born to parents who were descended from slaves and lived in Milwaukee and St. Louis before moving to New York City, where her father had a 30-year career in the finance department of Philip Morris.”

Tonya is pictured with her parents and husband here.