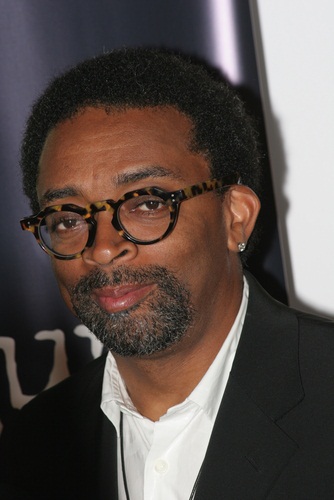 Lee in 2007, image via cinemafestival / Shutterstock.com

Spike is the son of Jacquelyn/Jacqueline Caroll (Shelton) and Bill Lee (William James Edwards Lee III), a musician. He is married to lawyer, producer, and writer Tonya Lewis Lee, with whom he has two children. He is the brother of unit still photographer David Lee, screenwriter and producer Joie Lee, and actor and filmmaker Cinqué Lee. His cousin is filmmaker and director Malcolm D. Lee.

A DNA test taken by Spike stated that he has Cameroonian and Nigerien roots. His maternal great-great-great-great-grandfather, Samuel Griswold, was a prominent industrial pioneer, who was white, from Connecticut, and had English ancestry.

Spike’s paternal grandfather was named Arnold Wadsworth Lee (the son of Arnold Lee and Alma). Spike’s grandfather Arnold was born in Alabama, and was a musician.

Spike’s paternal grandmother was named Alberta Grace Edwards (the daughter of William James Edwards and Susie V.). Alberta was born in Alabama, and was a concert pianist.

Spike’s maternal grandmother was Zimmie Retha/Reatha Jackson (the daughter of Phillip/Philip Jackson and Jessie Ann/Anna Rozier). Zimmie was born in Georgia. Phillip was the son of Mars Jackson and Lucinda A. Griswold. Information about Spike’s appearance on Who Do You Think You Are?, 2010 – http://www.huffingtonpost.com
http://www.dailymail.co.uk