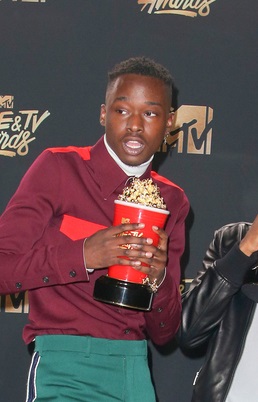 Ashton Sanders is an American actor. He is known for playing teen-age Chiron in the film Moonlight (2016).

Ashton’s paternal grandfather was Earnest Sanders (the son of Willie Sanders and Louise Lard). Earnest was born in Tuscaloosa, Alabama.