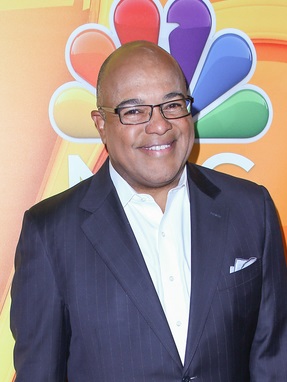 Mike Tirico is an American sportscaster.

He is the son of Maria (Fiordalisi) and Donald Tirico, who married in 1965. He is married to Debbie, with whom he has two children.

Mike’s mother is of entirely Italian descent. His father also has an Italian surname.

When people go around and say, ‘You are black’ – well, I don’t encourage it, but by the same token I don’t back off of it… If you want to call me that, that’s fine. But, you know, in my whole family, there’s nobody I know who is black.

Mike’s maternal grandfather was Anthony Joseph Fiordalisi (the son of Frank G./S./F. Fiordalisi and Margaret Maresca). Anthony was born in New York, to Italian parents, from Calabria, with his father being from Cosenza.