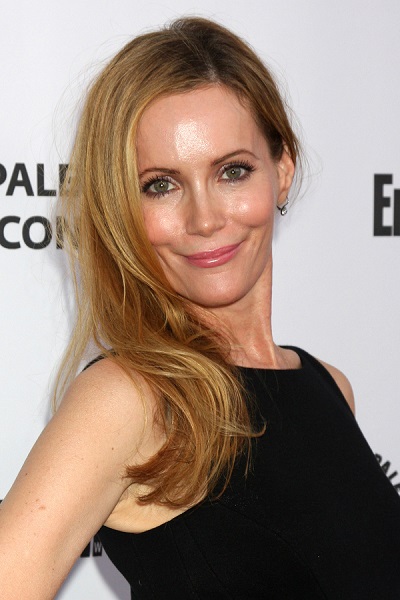 Mann in 2014, photo by kathclick/Bigstock.com

Leslie Mann is an American actress and comedian.

She is the daughter of Janet (Hamilton) and Richard Hand. Mann is the surname of a stepfather. Leslie is married to director, writer, and producer Judd Apatow. They have two daughters, Maude Apatow and Iris Apatow, who have appeared in most of Judd’s films.

Her father is of three quarters Irish and one quarter German ancestry. Her mother is of half Scottish and half Finnish descent.

Leslie’s paternal grandfather was named Thomas Edward Hand (the son of John Hand and Lillian). John was from Caven, Ireland. Lillian was from Limerick, Ireland.

Leslie’s maternal grandfather was Thomas Hamilton (the son of John Hamilton and Jeanette Prichard). Thomas was born in Scotland.

Leslie’s maternal grandmother was Sadie Heljä/Hilya Viola Räsänen (the daughter of John Peter Räsänen and Anna Marie Matilda Jokela). Sadie was born in Michigan, to Finnish parents. John was the son of Matti “Matt” Räsänen and Kristina/Christina Sana/Sophia Lipponen. Anna was the daughter of a man surnamed Jokela, and of Marie Agatha Pietilä/Pietela.