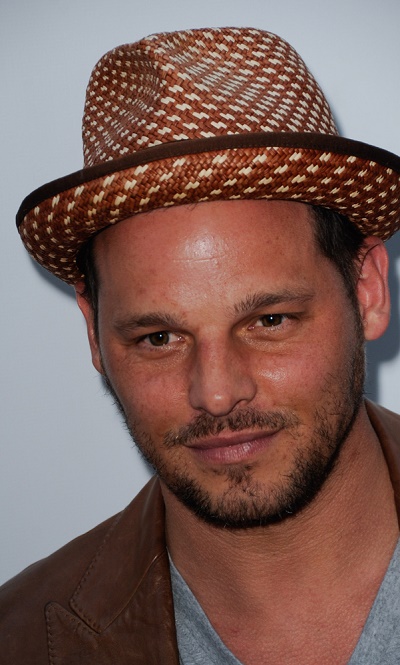 Chambers in 2010, photo by Prphotos.com

Justin Chambers is an American actor and model.

Justin is the son of Pamela and John Chambers, who were deputy sheriffs. Justin is married to model agency booker Keisha Chambers, with whom he has five children. Keisha is African-American.

Justin’s paternal grandfather was John William Eugene Chambers (the son of Eli McDonald Chambers and Osa Anne Stallcop). John was born in Indiana. Eli was the son of Isaac Chambers and Mary Jane White. Osa was the daughter of David Johnson Stallcop and Mary Missouri Rollings.

Justin’s paternal grandmother was Dorothy Daugherty (the daughter of William Thomas Daugherty and Viola Maude Enyart). Dorothy was born in Illinois. William was the son of Ishom Frank Daugherty and Mary Catherine Silvey/Sylva. Viola was the daughter of Joel Michael Enyart and Elvira Frances Smith.

Justin’s maternal grandmother was Dorothy Ann Clark (the daughter of Gorman Forrest Clark and Fannie Ellen Reardean). Dorothy was born in Ohio. Gorman was the son of Albert Clark and Mary Catherine Miller. Fannie was the daughter of George Washington Reardean and Sarah Elizabeth Mitchell.