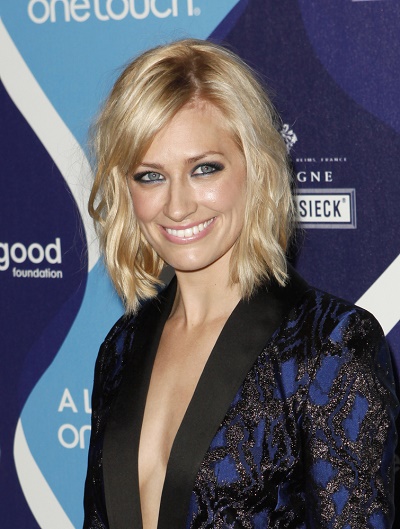 Beth Behrs is an American actress.

She is married to actor Michael Gladis.

Beth’s paternal grandmother was Jeannette Lucille Henry (the daughter of Lloyd Bertram Henry and Mary L. Bleecher). Jeannette was born in Pennsylvania. Lloyd was the son of Edith M. Henry. Mary was the daughter of Oliver F. Bleacher and Jennie Gamber.

Beth’s maternal grandfather is George S. Petrie (the son of Lafayette Hilton Petrie and Doris Quinn). George was born in New York. Lafayette was the son of George Sexton Petrie and Alice Hilton. Doris was the daughter of George A. Quinn and Ruth Ella Smith.