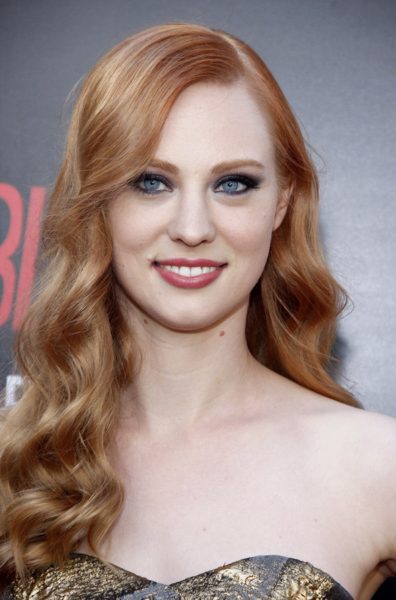 Woll in 2014, photo by Starfrenzy/Bigstock.com

Deborah Ann Woll is an American actress. She is known for starring on the series True Blood and Daredevil, and in the film Escape Room (2019).

She is married to E. J. Scott.

Deborah’s paternal grandmother was Dorrit H. Bock (the daughter of Lee Carl Bock and Dorrit Cox). Deborah’s grandmother Dorrit was born in Port Arthur, Texas. Lee was the son of Andrew James Bock, Jr., whose father and maternal grandparents were German, and of Adelena Elizabeth “Lena” Okeman/Ackerman, who was born in Singsby, Wasa, Finland, and was likely of Finland-Swedish ancestry. Deborah’s great-grandmother Dorrit was the daughter of John M. Cox and Daisy MacFarlane, and had deep roots in the U.S.