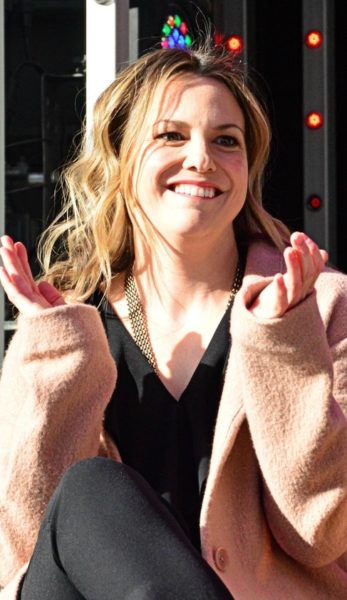 Larisa Oleynik is an American actress.

Larisa’s maternal grandfather was Alton Achy Allen (the son of Victor Romaine Allen and Harriet Amanda Achy). Alton was born in Delaware. Victor was the son of William James Allen and Susan/Susanna H. O’Neal. Harriet was the daughter of Franklin/Frank Achy and Mahalia Elizabeth Perry.

Larisa’s maternal grandmother was Maud/Maude D. Kunkle (the daughter of Michael G. Kunkle and Esther L. Welker). Maud was born in Pennsylvania. Michael was the son of Daniel Kunkle and Elizabeth Heckman. Esther was the daughter of George Washington Welker and Mary Ann Sollenberger.

Sources: Genealogies of Larisa Oleynik (focusing on her father’s side) – http://worldconnect.rootsweb.ancestry.com
https://www.geni.com