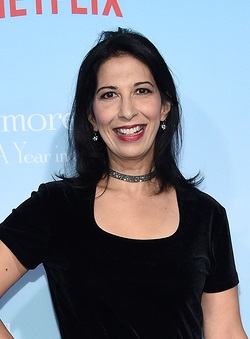 Abdoo in 2016, photo by DFree/Bigstock.com

Rose Abdoo is an American actress and comedian. She has appeared on Gilmore Girls and That’s So Raven, among many other shows and movie roles.

Genealogy of Rose Abdoo (focusing on her mother’s side) – https://gw.geneanet.org