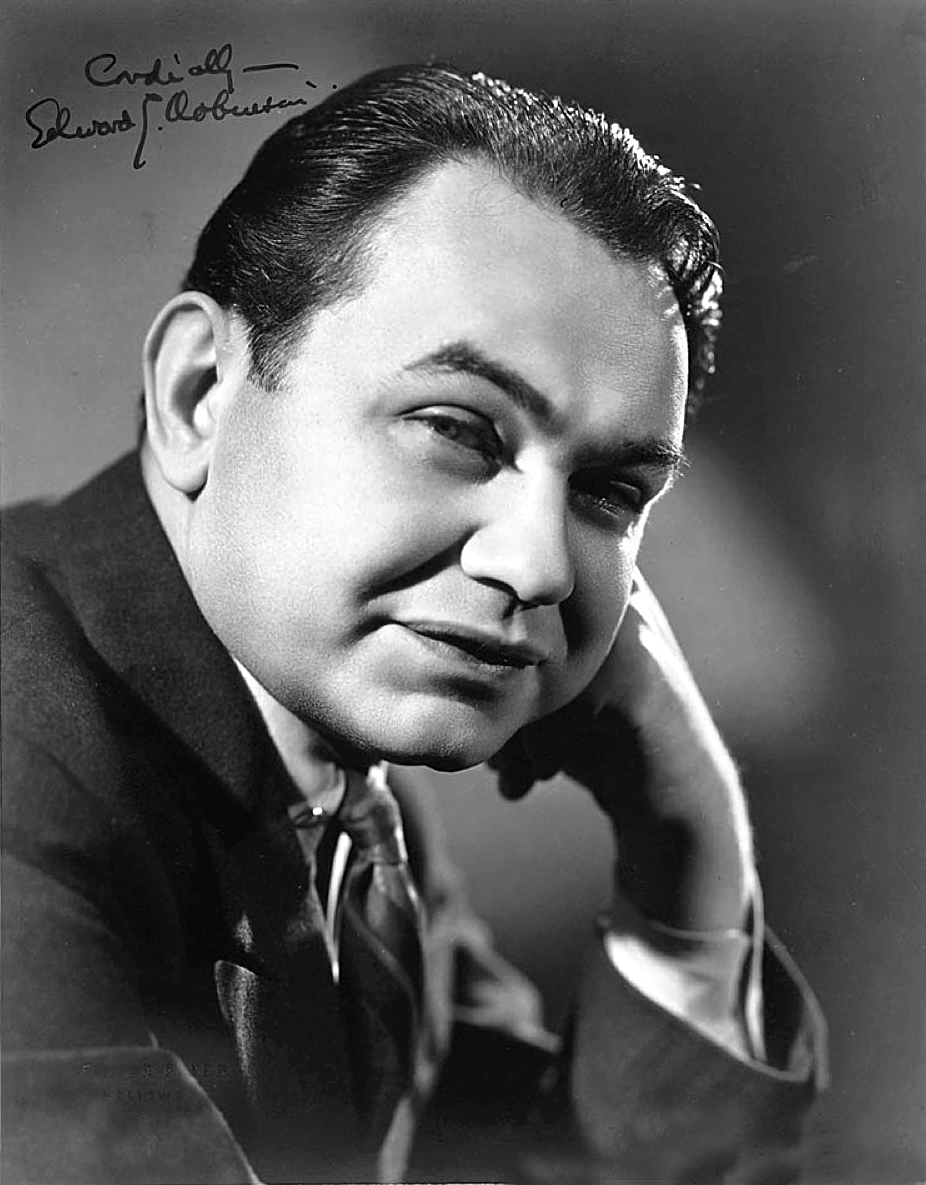 Edward G. Robinson was an American actor. He was born in Bucharest, Romania, to Sarah (Guttman) and Morris Goldenberg. His family moved to the United States in early 1903, when he was nine.

He was married to dress designer Jane Arden (Jane Bodenheimer), until his death. He had a son with his former wife, stage actress Gladys Lloyd (born Gladys Lloyd Cassell).