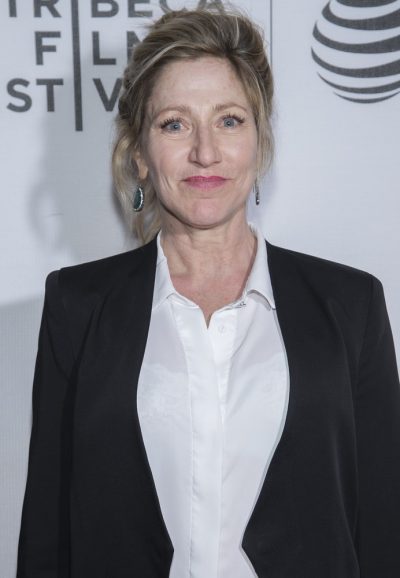 Edie Falco is an American actress. She is known for her leading performances on the series The Sopranos, Nurse Jackie, and Oz, among other roles in film, television, and on stage.

Edie is the daughter of Frank Falco, a jazz drummer, and Judith Anderson, an actress. Her father was of Italian descent. Her mother had Swedish, English, and 1/16th Cornish, ancestry. The name Falco means “hawk” in Italian. Her uncle is novelist, playwright, and poet Edward Falco. Edie has two children, who are adopted.

Edie’s paternal grandfather was named Joseph Falco (who possibly was the son of Frank Falco and Caroline “Carrie” DeStefano).

On an episode of Who Do You Think You Are?, 2012, Edie traced her ancestry back to her third great-grandmother, Catherine “Kate” Kindley, a nun who was born at sea, to Cornish parents, and grew up with her grandmother in Penzance, Cornwall. Her parents were Ralph Roldon/Sheldon Kindley, a master mariner, and Dorothy Childs.

Sources: Genealogy of Edie Falco (focusing on her mother’s side) – http://www.geni.com

Edie’s appearance on Who Do You Think You Are?, 2012 – http://ancestraldiscoveries.blogspot.se