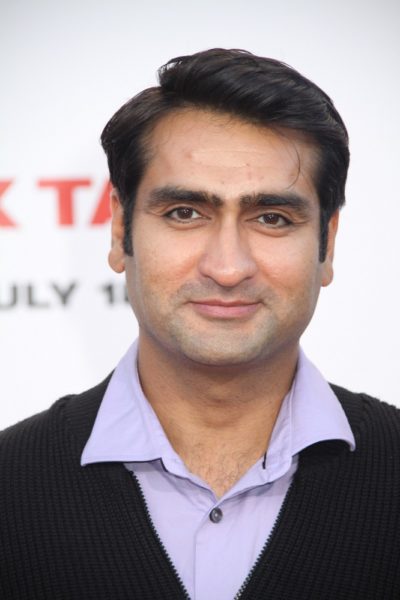 Nanjiani in 2014, photo by Prphotos

Kumail Nanjiani is a Pakistani-American comedian, actor, writer, and podcast host. He is known for starring in the HBO series Silicon Valley.

Kumail was born in Karachi, Pakistan, to a Sindhi family. He is the son of Shabana and Aijaz Nanjiani. At the age of eighteen, he moved to Iowa, United States. Kumail had a fundamentalist Shia Muslim upbringing. He is an atheist.

Kumail is married to Emily V. Gordon, a writer, producer, and podcast host. Their relationship is depicted in the film The Big Sick (2017), which she co-wrote with him. Kumail plays himself, while Emily is played by Zoe Kazan.

Kumail is a relative of Scottish radio presenter Shereen Nanjiani.