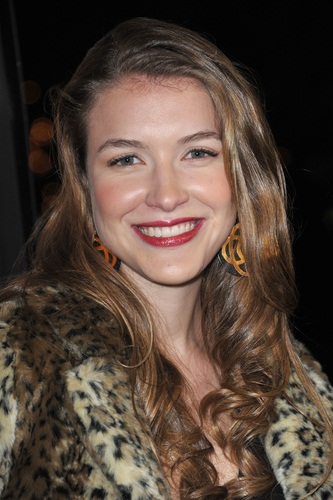 Ramos in 2011, image via Featureflash / Shutterstock.com

Nathalia Ramos is an American actress. She is known for her roles in the films Bratz and The Damned (2013), and on the show House of Anubis.

Nathalia’s father, Iván (born Juan Carlos Ramos Vaquero), is a Spanish singer. Nathalia’s mother, who is from Australia, is Jewish, and has both Ashkenazi Jewish and Sephardi Jewish ancestry, including Russian Jewish, German Jewish, and Dutch Jewish. Several lines of Nathalia’s mother’s family have been in Australia since the 1800s, and in England since the 1700s, among the earliest English Jews and Australian Jews. They also spent time in Wales.

Nathalia was born in Spain, moved to Melbourne, Australia, when she was two years old, and then moved to Miami, Florida, U.S., when she was four years old. She is fluent in Spanish. She has become a U.S. citizen.

Nathalia was raised in her mother’s Jewish faith.

Nathalia’s maternal grandmother is Sally Rosetta Michaelis (the daughter of Orwell Michaelis and Norah Phillips). Orwell was the son of Edward J. Michaelis, whose parents were from Germany, and of Rosetta Bloom Phillips. Nathalia’s great-grandmother Norah was born in Dunedin, New Zealand. Norah’s father, David Phillips, was born in Merthyr Tydfil, Wales, to a family from Germany. Norah’s mother, Meta Blaubaum, was the daughter of Elias Blaubaum, a rabbi from Hessen, Germany, and of Agnes Rebecca Cohen.

Genealogy of Nathalia Ramos (focusing on her mother’s side) – http://www.geni.com