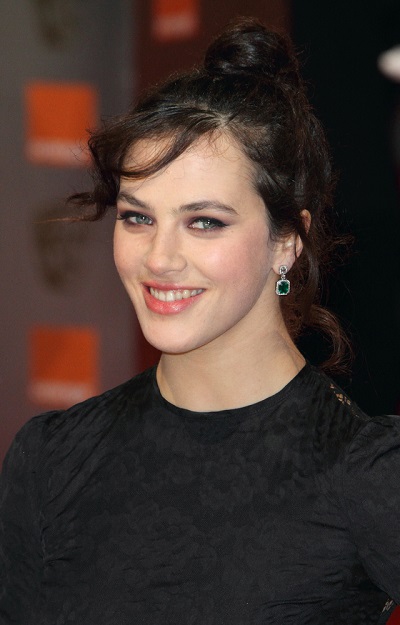 Brown Findlay in 2012, photo by Prphotos.com

Jessica Brown Findlay is a British actress. Her roles include Downton Abbey and the films Albatross, Winter’s Tale, The Riot Club, and Victor Frankenstein.

Jessica’s maternal grandfather is Keith D. Neale (the son of Edward Davies Neale and Margaret Isabel Wilson). Keith was born in Chertsey, Surrey, England. Edward was the son of Albert Edward Neale and Hannah Davies, who was from Glanmule, Montgomeryshire, Wales. Margaret was the daughter of Job Wilson and Margaret Grace Fitzgerald.