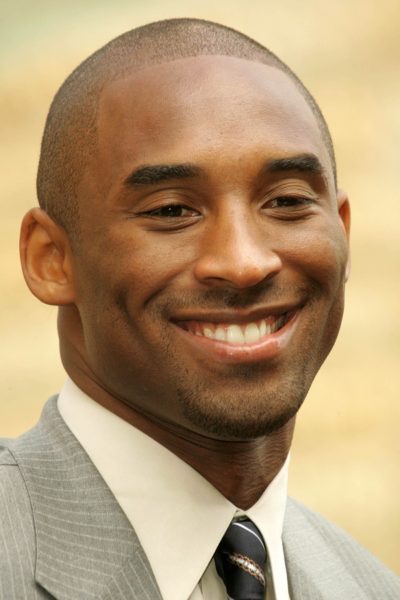 Bryant in 2006, photo by s_bukley/Bigstock.com

Ethnicity: African-American, as well as one sixteenth Guyanese

Kobe Bryant was an American professional basketball player and businessperson. He entered the National Basketball Association (NBA) from high school, and played his entire 20-season professional career in the league with the Los Angeles Lakers. He won five NBA championships, and was an 18-time All-Star, 15-time member of the All-NBA Team, 12-time member of the All-Defensive Team, 2008 NBA MVP, and a two-time NBA Finals MVP.

He was the son of Pamela (Cox) and Joe Bryant (Joseph Washington Bryant), a professional basketball player and coach. His parents are both African-American. His parents picked the name Kobe after they saw a type of beef, called Kobe beef, on a restaurant menu. Kobe is a port city in the Kansai area of Japan, famous for its tender fatty marbled beef. However, he had no Japanese heritage. His middle name, Bean, was from his father’s nickname, “Jellybean.”

Kobe (/ˈkoʊbiː/ KOH-bee), who was fluent in Spanish and Italian, lived in Italy as a young child, in Reggio Calabria, Pistoia, and Reggio Emilia, as his father played professional basketball in Italy.

Kobe was married to Vanessa Laine Bryant, until his death, with whom he had four children. Vanessa is of Mexican descent. Their daughter Gianna, also a basketball player, died with him in a helicopter crash in 2020.

Kobe’s maternal grandmother is Mildred Williams (the daughter of Coleman Williams and Florence Rodgers). Coleman was the son of John H. “Johnnie” Williams and Fannie Kitchens.