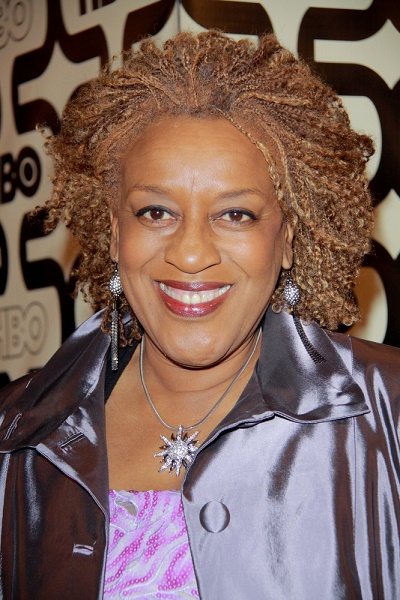 Pounder in 2013, photo by Prphotos

C. C. H. Pounder is a Guyanese-American actress. Her roles include Mo’at, the Na’vi leader in Avatar, as well as Tales from the Crypt Presents: Demon Knight, and the shows The Shield and Sons of Anarchy. She was born in Georgetown, British Guiana (now Guyana), the daughter of Betsy Enid Arnella (James) and Ronald Urlington Pounder. She was educated in England, and moved to the U.S. in 1970.

She was married to Boubacar Kone, until his death. C. C. H. and Boubacar founded the Musee Boribana in Dakar, Senegal and the Pounder-Kone Art Space in Los Angeles.