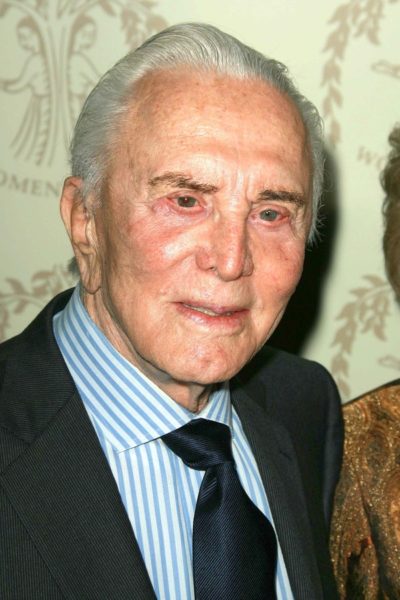 Douglas in 2007, photo by s_bukley/Bigstock.com

Kirk was born in Amsterdam, in upstate New York, as Issur Danielovitch. Kirk’s parents, Bryna (Sanglel) and Herschel “Harry” Danielovitch, were Belarusian Jews. In the United States, his family took on the surname Demsky, and he changed his name initially to Isadore Demsky.

Kirk was married to German-born philanthropist and producer Anne Buydens (born Hannelore Marx), until his death. He had four children: two, including actor Michael Douglas, with his former wife, actress Diana Dill; and two with Anne. Anne was a convert to Judaism. Among his grandchildren is actor Cameron Douglas.

Kirk had a religious Jewish upbringing, and then became secular as he entered his adult life. In the 1990s, he rediscovered religion, and became a practicing Jew.

Kirk Douglas (then Isadore Demsky) on the 1930 U.S. Census – https://familysearch.org