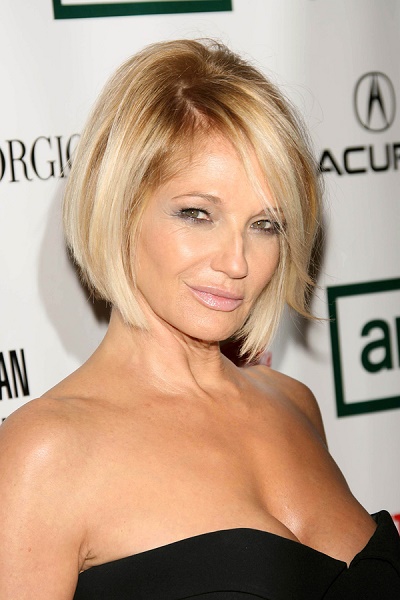 Barkin in 2006, photo by s_bukley/Bigstock.com

Ellen Barkin is an American actress and producer. She has starred in many films since the early 1980s.

Ellen is the daughter of Evelyn/Evie (Rozin) and Saul/Sol Barkin. All of her grandparents were Jewish, and came from the Russian Empire. She has two children with her former husband, Irish actor Gabriel Byrne.

Ellen’s paternal grandfather was Edward Barkin (the son of Schoel Barkin and Rachel Barkin). Edward was from Minsk, Belarus.

Ellen’s paternal grandmother was Lena Quat (the daughter of Gerson Quat and Rachel Kantrowitz). Lena was from Minsk.

Genealogies of Ellen Barkin (focusing on her mother’s side) – http://worldconnect.rootsweb.ancestry.com
https://www.geni.com