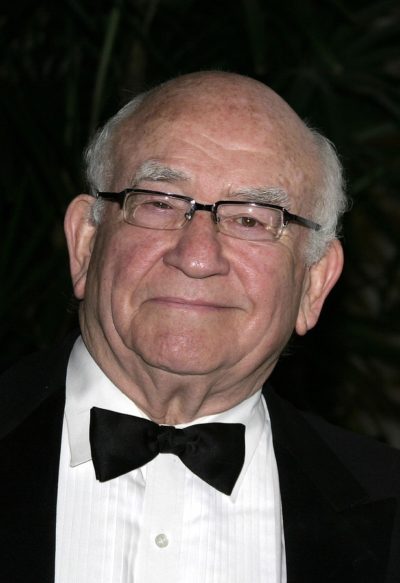 Asner in 2005, photo by Starfrenzy/Bigstock.com

Ed Asner was an American actor and voice actor. He was President of the Screen Actors Guild, from November 3, 1981 to June 20, 1985. He was also credited as Edward Asner. His roles include the Mary Tyler Moore series, Santa Claus in Elf, Nicholas Drago in The Games Maker, and voicing Carl in Up!

Ed was the son of Elizabeth “Lizzie” (Seliger) and Morris David Asner, a junkyard owner. He was raised Orthodox Jewish in Kansas City, Kansas. His father was originally from the village of Nacha, outside Eišiškės, Lithuania, or from Raduń, Voranava District, Hrodna Region, Belarus. His mother was born in the Russian Empire, possibly in Odessa. He had three children, including actress Kate Asner, with his former wife Nancy Sykes; and a son with his former partner Carol Vogelman.