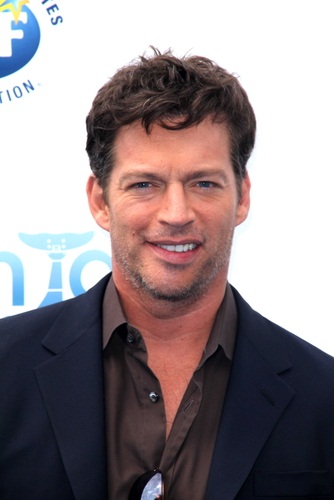 Harry Connick, Jr. is an American singer, musician, actor, and television personality. He was the host of the show Harry from 2016 to 2018. His roles include Memphis Belle, Copycat, and Hope Floats.

He is the son of Anita Frances (Levy; later Livingston), a lawyer and judge, and Harry Connick, Sr. (Joseph Harry Fowler Connick), who was District Attorney of Orleans Parish, from 1973 to 2003. Harry is married to model Jill Goodacre, with whom he has three children.

Harry became a Catholic (his father’s religion), during his teenage years. He has remained a practicing Catholic.

Harry’s paternal grandfather was James Paul Connick (the son of John Joseph Connick and Anne/Annie Frances Paul). James was born in Alabama. John was the son of James Connick and Margaret White, who were Irish. Anne was born in Canada.

Harry’s maternal grandfather was Gershon “George” Levy (the son of Chonou Levy and Zilkie Eringross). Gershon was a Jewish emigrant from Minsk, Belarus, in the Russian Empire.

Harry’s maternal grandmother was Mary Rothstein (the daughter of Josef/Joseph Rothstein and Hani/Hami Balogh/Bolog). Mary was a Jewish emigrant from Uzghorod, now in Ukraine. Josef was the son of Ben Zion Rothstein and Sima Balogh.