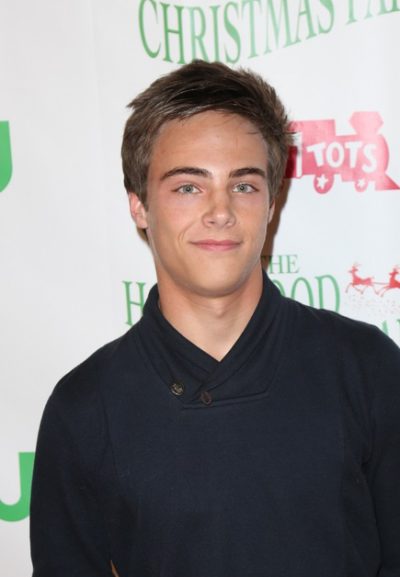 Kevin Quinn is an American actor and singer. He is known for his roles on the series Bunk’d and in the films Adventures in Babysitting and A Week Away.

Kevin is the son of Tamara and Brian Quinn.

Kevin’s paternal grandmother was Carol Marie McCauley (the daughter of Henry William McCauley and Marie Malvina Goyer). Carol was born in Chicago, Illinois. Henry was the son of Daniel McCauley, whose parents were Irish immigrants, and of Catherine “Katie” Davidson, who was born in Bolton, Lancashire, to a Scottish father and an Irish mother, from Dublin. Marie was the daughter of Canadian parents, Theodule J. Goyer and Malvina Thivierge, who were of French-Canadian descent.

Kevin’s maternal grandmother is Jacqueline Phillips (the daughter of Charles Gaythorne “Charlie” Phillips and Elizabeth Metz). Charles was born in Worcestershire, England, and moved to the U.S. with his parents, John Hollis Phillips, from Dudley, and Martha Paddock, from Hill and Moor. Kevin’s great-grandmother Elizabeth was born in Pennsylvania. Her father, Perry Metz, was the son of a father who had deep roots in the U.S., with German, and smaller amounts of English and Welsh, ancestry, and of a German emigrant mother, from Saxony, Prussia. Elizabeth’s mother, Kevin’s great-great-grandmother Mary Alice Hoag, was the daughter of emigrants from England, though her paternal grandparents were Scottish.