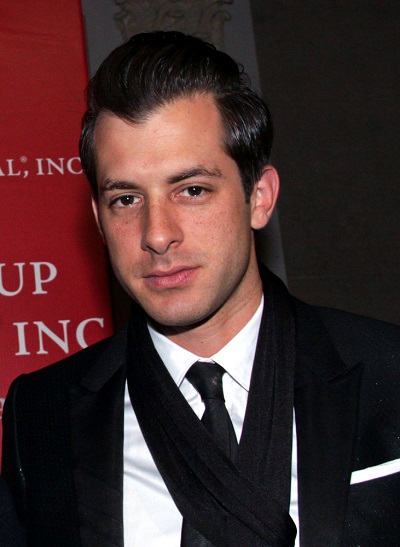 Ronson in 2009, photo by Prphotos.com

Mark Ronson is a British musician, DJ, singer, songwriter, and record producer. He is a son of Laurence Ronson, a businessperson, and Ann/Anne Cecilia Dexter-Jones, a socialite and writer. Mark’s parents are both Jewish (their families were from Russia, Ukraine, Lithuania, and Austria). Mark had a Bar Mitzvah ceremony.

Mark is a brother of musician Samantha Ronson and fashion designer Charlotte Ronson, and a half-brother of actress Annabelle Dexter-Jones. His uncle (father’s brother) is businessman Gerald Ronson. Mark is married to American actress Grace Gummer. His sister Charlotte has two children with her partner, American singer and songwriter Nate Ruess.

Mark’s maternal grandmother was Judith Lurie (the daughter of Abraham Lurie and Chana/Annie/Hannah Hoffenberg). Judith was born in Edinburgh, Scotland, to Jewish parents, from the Russian Empire. Abraham was born in Verbelov, the son of Mordechai Lurie and Chaya Yehudit Galinski. Chana was from Zosla, Lithuania, and was the daughter of Isaac Hoffenberg, from Josvania, and of Scheine Freide Rom, from Vilna. Chana’s sister, Nechama, was the paternal grandmother of Sir Malcolm Rifkind, a Conservative politician, making Mark and Sir Malcolm second cousins, once removed.