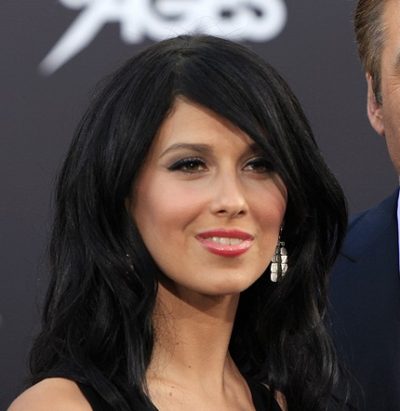 Hilaria Baldwin is an American fitness and wellness expert, yoga instructor, and author. She is married to actor Alec Baldwin, with whom she has six children.

While Hilaria is sometimes believed to be of Spanish origin, including roots in Mallorca, this is not the case. Her parents did move to Mallorca when she was in her 20s.

Hilaria’s paternal grandfather was David Lloyd Thomas (the son of Enoch Anson Thomas and Mary Freda Weeks). David was born in Iowa. Enoch was the son of John Williams Thomas and Dora Lovisa Gallup. Mary was the daughter of Alva B. Weeks and Christiane Schmidt.

Hilaria’s maternal grandfather is Charles Byrne Hayward (the son of Milton Albert Hayward and Mary Anna Helen Byrne). Charles was born in Massachusetts. Milton was the son of Thomas Harry Hayward, whose parents were English, and of Agnes M. Pierce, who had an English father and an Irish mother. Hilaria’s great-grandmother Mary Anna was the daughter of Thomas Joseph Byrne, who had Irish ancestry, and of Anna V. Freniere, who was of French-Canadian background.

Hilaria’s maternal grandmother was Irene Lillian Webler (the daughter of Francis M. R. Webler and Lillian Antonia Rura). Irene was born in Massachusetts. Francis was the son of Byron Martin Webler and Minervia B. “Minnie” Stahnke, whose parents were German. Hilaria’s great-grandmother Lillian was the daughter of Slovak parents, Victor Freddie Rura, from Gňazdá, Stará Ľubovňa, and Anna Alexik/Aleksik.