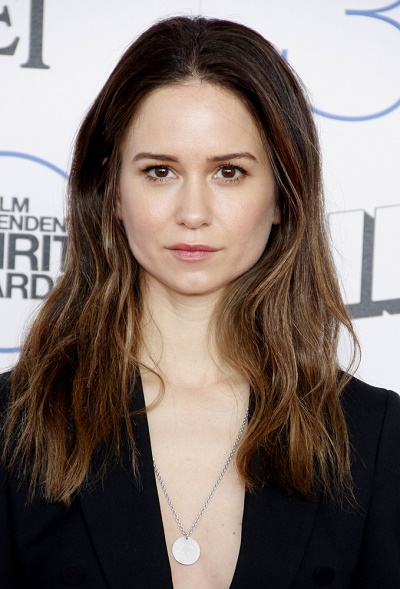 Waterston in 2015, photo by Prphotos.com

Katherine Waterston is an American actress. Her roles include Robot & Frank, The Disappearance of Eleanor Rigby, Inherent Vice, Steve Jobs, the Fantastic Beasts films, Alien: Covenant, Mid90s, and The World to Come.

She is the daughter of Lynn Louisa Woodruff, a model, and Sam Waterston (Samuel Atkinson Waterston), an actor. She was born in Westminster, London, England, where her American parents were working at the time. Katherine was raised in Connecticut.

Her siblings are actress Elisabeth Waterston and director Graham Waterston. Her half-brother, James Waterston, is also an actor. Elizabeth is married to actor Louis Cancelmi. Katherine has a son.

Sources: Genealogies of Katherine Waterston (focusing on her father’s side) – https://www.geni.com
http://wc.rootsweb.ancestry.com