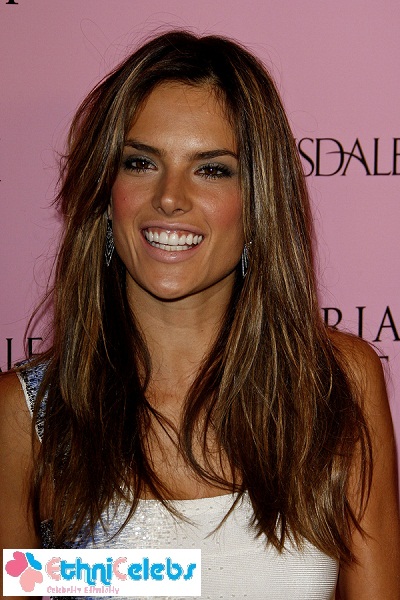 Ambrosio in 2010, image via Joe Seer/Bigstock.com

Alessandra Ambrosio is a Brazilian model and actress. She is the daughter of Lucilda Nivia de Mello and Luiz Nicolau Ambrósio. She has Polish, Italian, and Portuguese ancestry. She has two children with her former fiancé, businessperson Jamie Mazur.

Alessandra’s paternal grandmother was named Joana Eugênia Groch (the daughter of Nicolau Groch and Maria). Joana was born in 1924, in Marynka, Przemyśl, Poland, and moved to Brazil in 1929.