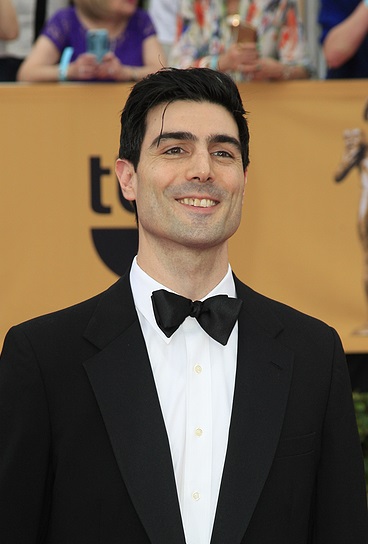 Cancelmi in 2015, photo by kathclick/www.bigstockphoto.com

Louis Cancelmi is an American actor.

Louis is married to actress Elisabeth Waterston. Elisabeth is the sister of actress Katherine Waterston, and the daughter of actor Sam Waterston.

Louis’ paternal grandfather was Harry James Cancelmi (the son of Gaetano “Guy” Cancelmi and Mary Ann Parisse). Harry was born in Pennsylvania, to Italian parents, from Abruzzo. Gaetano was the son of Rosaria “Rose” Rico, who was from Popoli, Provincia di Pescara.

Louis’ paternal grandmother was Mary M. Smetana (the daughter of Raimond/Raymond Steve Szmetana/Smetana and Anna Mary Kurucz/Kionaz). Louis’ grandmother Mary was born in Pennsylvania. Raimond was from Szepesófalu or Altdorf/Spišská Stará Ves, and was of Slovak descent. Anna was also of Slovak descent, and was the daughter of Ignatius Kurucz and Maria Macsurak. Her family lived in Niedzica, Poland and Matiasovce, Slovakia.

Louis’ maternal grandfather was Harry A. Panzera (the son of Eurico “Henry” Panzera and Josephine DiCio/Decio). Harry was born in Pennsylvania, to Italian parents.

Louis’ maternal grandmother was Sadie Owens (the daughter of Joseph Owens and Lottie/Laura Radd/Rhad). Sadie was born in Pennsylvania, to parents from Lebanon, her father from Beirut and her mother from Tripoli.