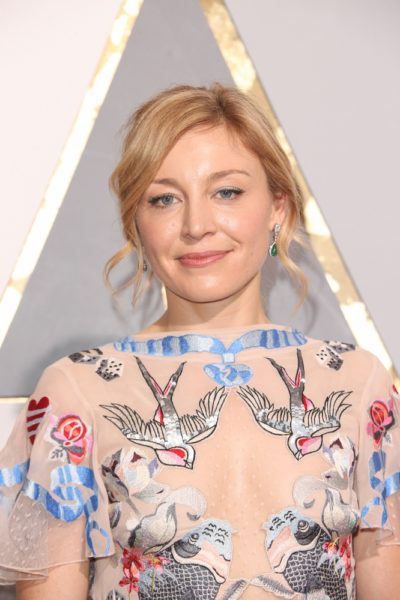 Rylance in 2016, photo by Prphotos

Juliet Rylance is a British actress and producer.

Juliet is the daughter of Claire Louise van Kampen, a director, composer, and playwright, and Christopher R. van Kampen, an architect. Her sister was photographer Nataasha van Kampen. Her stepfather is actor Mark Rylance. She is married to actor Christian Camargo.

Juliet’s father Christopher is said to have both the surname van Kampen and Perret. It is not clear which, if any, of these surnames is his birth name (the marriage record of Juliet’s parents lists him as Christopher R. van Kampen), and what his nationality is (the surname Perret is French).

Juliet does not have Dutch ancestry through her van Kampen line (it appears that the surname was originally von Kampen), although she does have Dutch roots through her German great-grandfather’s other lines.

Juliet’s maternal grandmother was Ruth V. Relph (who likely was the daughter of George F. Relph and Maud Penton).