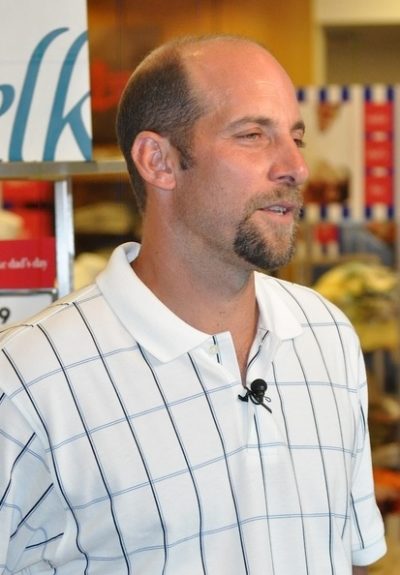 Smoltz in 2010, photo by Prphotos.com

John Smoltz is an American baseball player. He was a pitcher. He is nicknamed “Smoltzie” and “Marmaduke.”

He is the son of Mary and John Smoltz. John is married to Kathryn Darden. He has four children with his former wife Dyan Struble. He is a Christian.